We have two programs available:
The School of Greatness show and
the Chasing Greatness Documentary!

Find out when Greatness is airing on your local station.
Check the listings below!

Boston (March 22, 2021) - THE SCHOOL OF GREATNESS hosted by Lewis Howes, shares inspiring stories through interviews with some of the most influential minds and leaders of today, covering topics from health and money to relationships and self-help.  Episodes are drawn from the popular, top 100 podcast THE SCHOOL OF GREATNESS, which has over 350 million downloads since it launched in 2013.

Each episode takes the viewer on a journey of self-reflection through the lens of the guest’s experiences, motivating them to find clarity on their purpose and make positive life choices. Viewers will learn new ways to improve their wellness, relationships, and financial well-being and be inspired to take action.

Drawn from more than 1,000 podcasts, the television series THE SCHOOL OF GREATNESS includes interviews with top business leaders, athletes, film actors and inspirational speakers such as  Kevin Hart, Dave Ramsey, Laverne Cox, Dr. Ivan Joseph and others who all have learned the secrets to achieving greatness.

With his easygoing nature and heartfelt curiosity, Lewis draws out engaging and actionable steps from his guests to teach the viewer new skills and inspire them with incredible stories of everyday success. And Lewis isn’t afraid to reveal his own past struggles, adding a layer of honesty and vulnerability that makes the viewer feel like Lewis is right there with them.

ABOUT LEWIS HOWES:
Lewis Howes is a New York Times Bestselling author of the hit book, The School of Greatness. He is a lifestyle entrepreneur, high performance business coach and keynote speaker. A former professional football player and two-sport All-American, he is a current USA Men's National Handball Team athlete. He hosts a top 100 podcast, The School of Greatness, which has over 350 million downloads and over 1000 episodes since it launched in 2013. Lewis was recognized by The White House and President Obama as one of the top 100 entrepreneurs in the country under 30.  Lewis is a contributing writer for Entrepreneur and has been featured on Ellen, The Today Show, The New York Times, People, Forbes, Inc, Fast Company, ESPN, Sports Illustrated, Men's Health, and other major media outlets.

ABOUT 418 Media, LLC:
Our mission is to inspire humanity to live greater, love deeper, and leave a legacy through our world class show, The School of Greatness, as well as books, events, coaching and other media.

What is greatness? And how can you achieve it? Find Out in the New Public Television Pledge Special CHASING GREATNESS releasing nationwide May 30, 2021

Lewis Howes is on a mission to help anyone achieve greatness in their lives by overcoming fear, self-doubt and adversity.

BOSTON (March 22, 2021)- Lewis Howes is a New York Times Bestselling author, the host of the top 100 podcast The School of Greatness, and a former pro-athlete. CHASING GREATNESS uses Lewis’ personal story of overcoming adversity, fear and self-doubt to inspire others to dream big, broaden their perspective and choose to live a better life every day.

Lewis Howes grew up in the small town of Delaware, Ohio. He overcame feeling dumb, lonely, and being bullied for being in special needs classes by dedicating himself to becoming the best athlete he could be. In 2001, he was a senior in college and an All-American athlete. He went on to play professional Arena Football for one season, but a career ending injury shattered his identity. Broken, broke, and deeply depressed, he had nowhere to go but his sister’s couch, where he lived for a year and a half. Without sports, he did not know who he was or how he would live.

Lewis pondered what value he had to offer the world. His father has always been his guide and mentor, but after a horrific car accident and time in a coma, his father was no longer the same. Lewis then got an idea. Since his Dad could no longer help him, Lewis started seeking out new mentors. He reached out to highly accomplished people via LinkedIn, and asked them to tell him the story of their success.

These “interviews” gave Lewis a new direction, new inspiration, new hope, and inspired him to face and overcome his fears. At 29, he launched his podcast/show, The School of Greatness. What started as one interview recorded on his iPhone, and one listener led to The School of Greatness podcast, with over 1,000 episodes and 350+ million of downloads. Lewis found his new passion.

Chasing Greatness chronicles Lewis' journey from despair to new found purpose through interviews with his family and friends, well-known self-help experts, selections from his podcast The School of Greatness, and footage from some of his media appearances and live events.

Lewis Howes is a contributing writer for Entrepreneur and has been featured on Ellen, The Today Show, The New York Times, People, Forbes, Inc, Fast Company, ESPN, Sports Illustrated, Men’s Health, and other major media outlets.

About 418 Media, LLC:
Our mission is to inspire humanity to live greater, love deeper, and leave a legacy through our world class show, The School of Greatness, as well as books, coaching, events and other media. 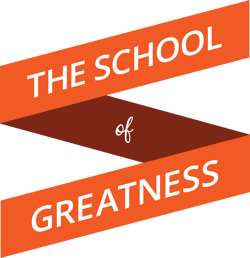 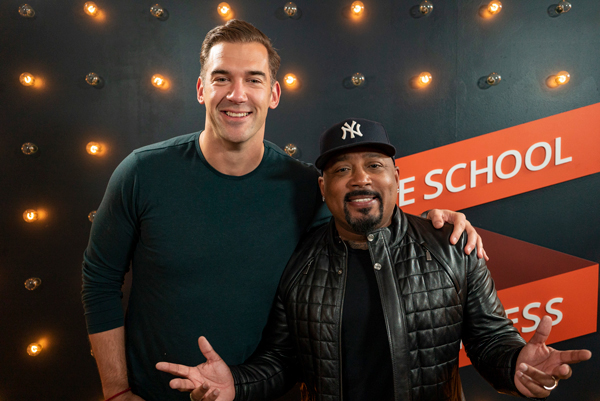 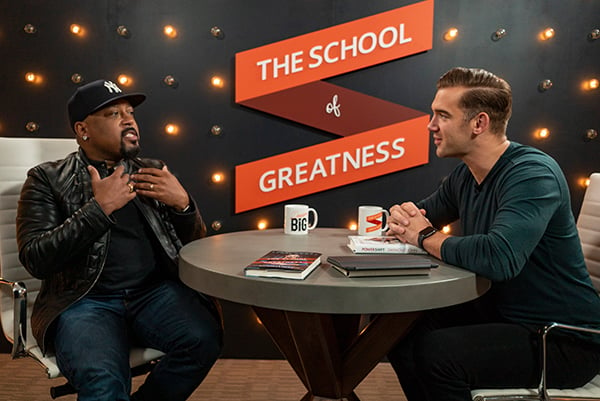 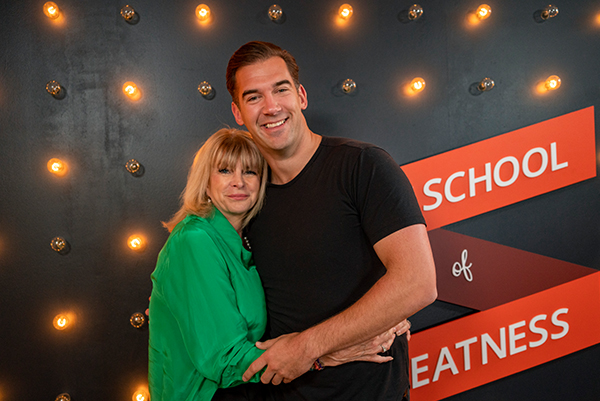 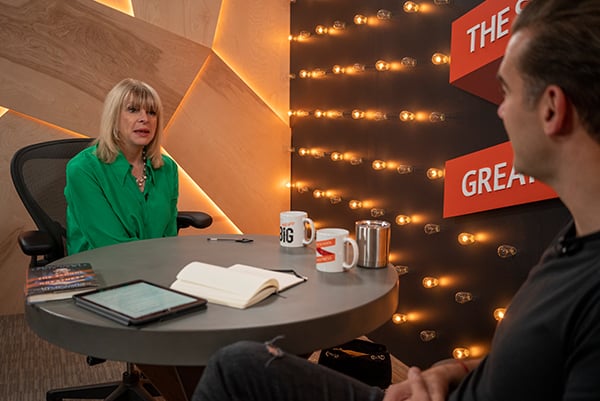 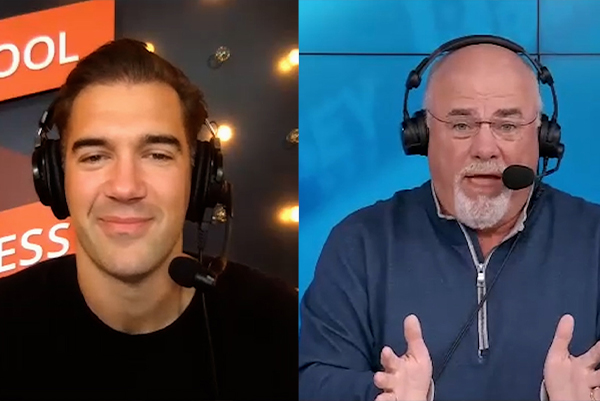 Financial teacher and Best-Selling Author Dave Ramsey shares how to make and manage your money in times of uncertainty. 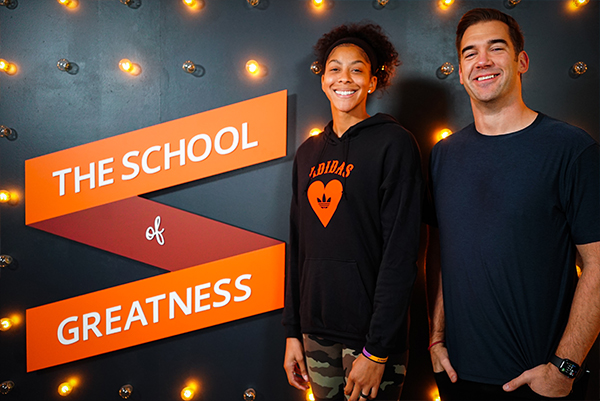 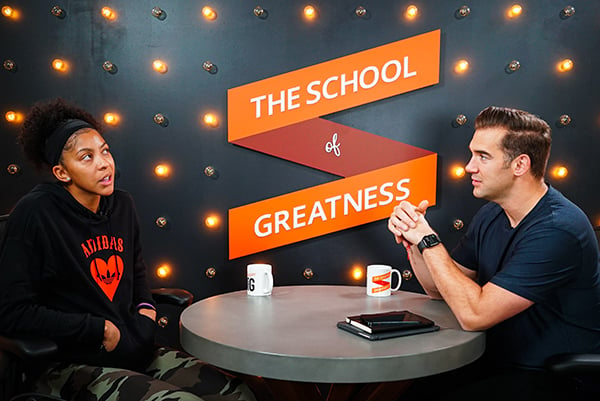 Professional Basketball Player Candace Parker shares how to develop a winner’s mindset and achieve your goals. 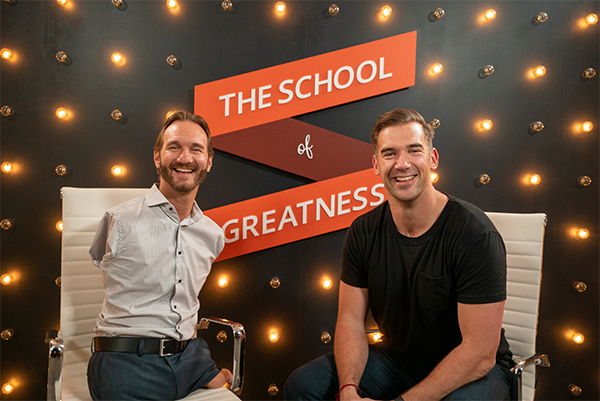 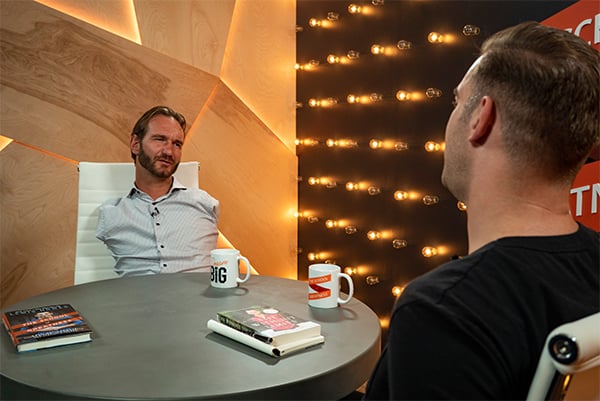 Motivational Speaker Nick Vujicic was born with Tetra-amelia syndrome, a disorder characterized by the absence of arms and legs. This has not stopped Nick from living a
purposeful life. 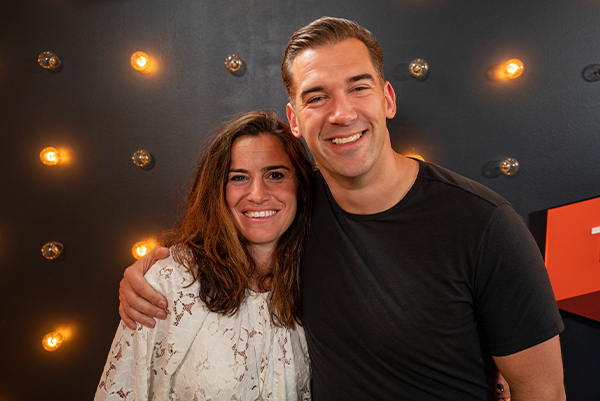 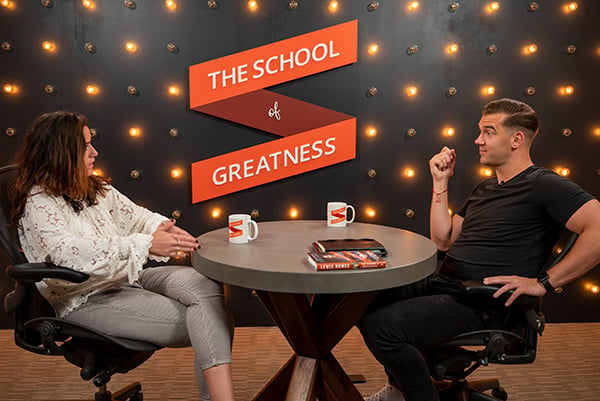 Psychologist Dr. Nicole Lepera teaches us how to set boundaries, overcome negative beliefs and better understand our behaviors in order to take back control of our lives. 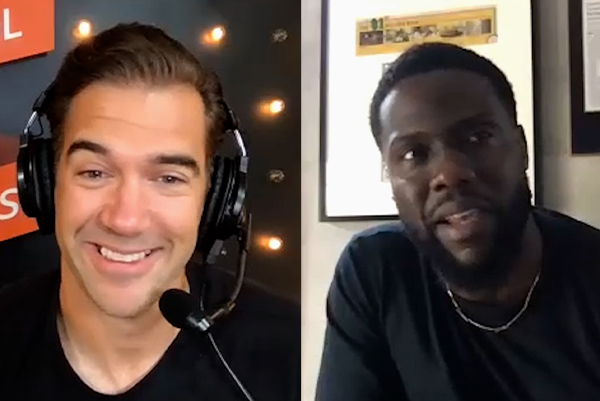 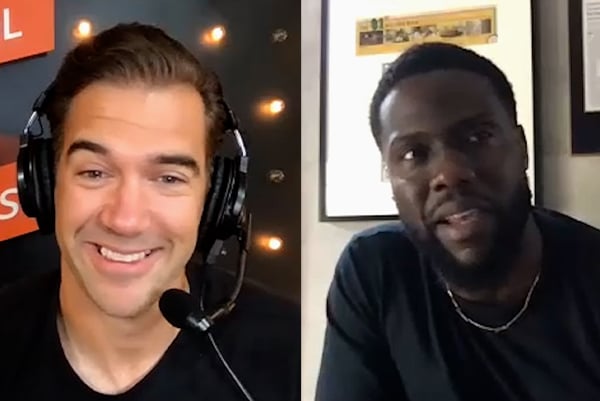 Actor and Entrepreneur Kevin Hart shares how to overcome adversity and develop a strong work ethic in order to become successful. 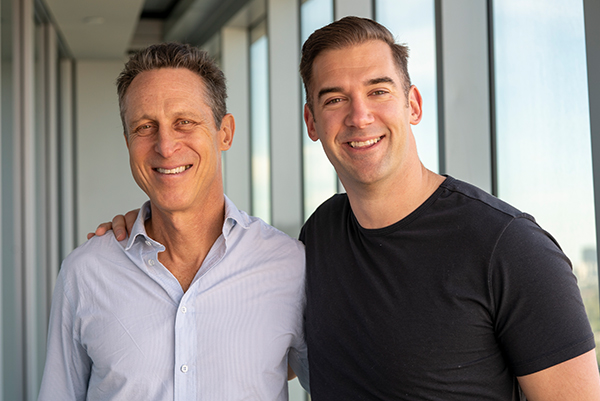 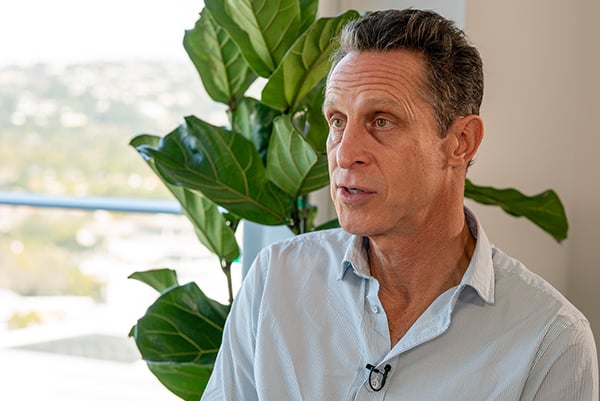 American Physician and New York Times Best-Selling Author Dr. Mark Hyman shares advice about what foods you should eat or avoid in order to improve your health. 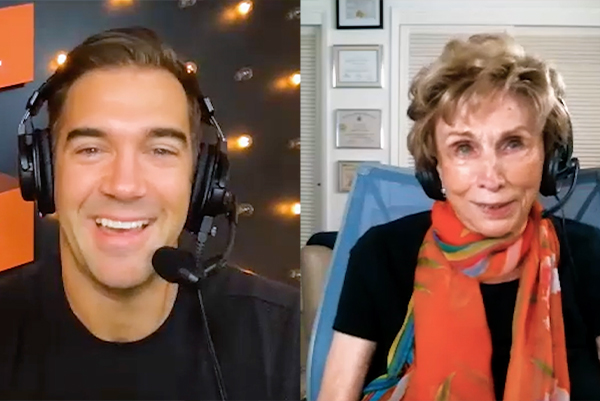 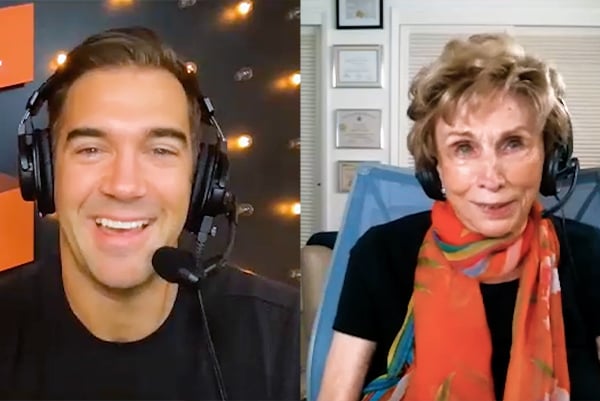 Holocaust Survivor and Psychotherapist Edit Eger gives advice for healing and overcoming trauma from our past in order to move forward in our life. 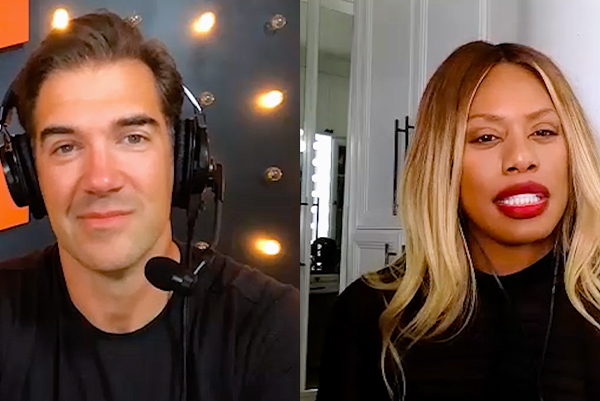 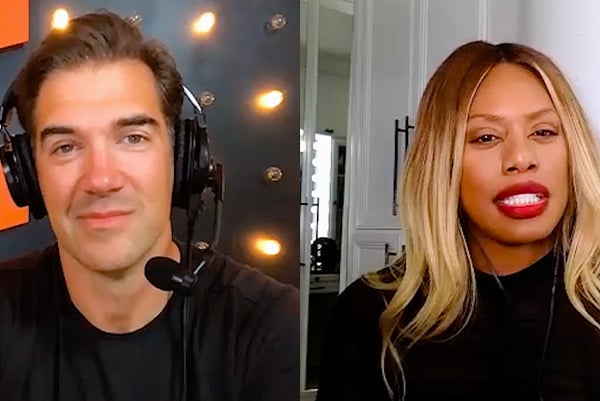 American Actress and LGBTQ+ advocate Laverne Cox shares how to overcome adversity and fight for what you believe in. 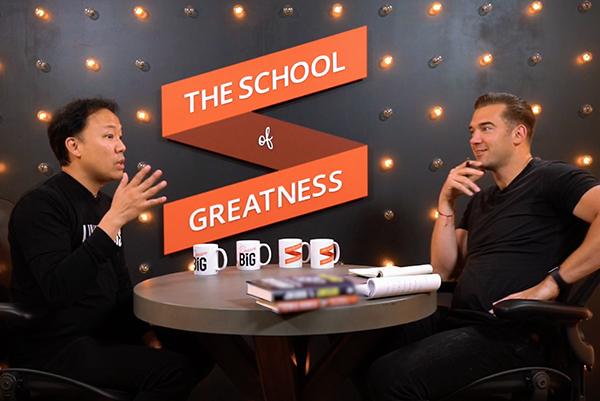 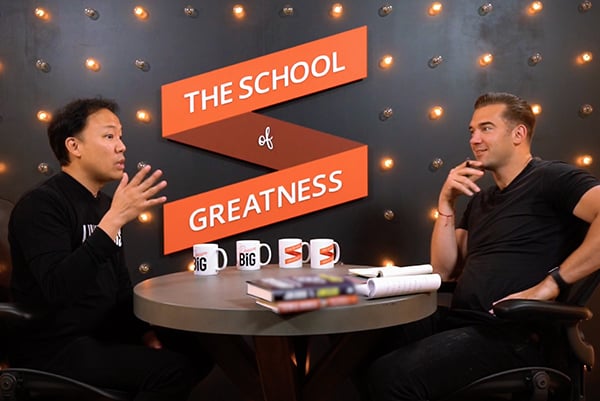 Brain Coach Jim Kwik shares how to tap into our brain’s potential for improving our learning abilities as well as improving our memory. 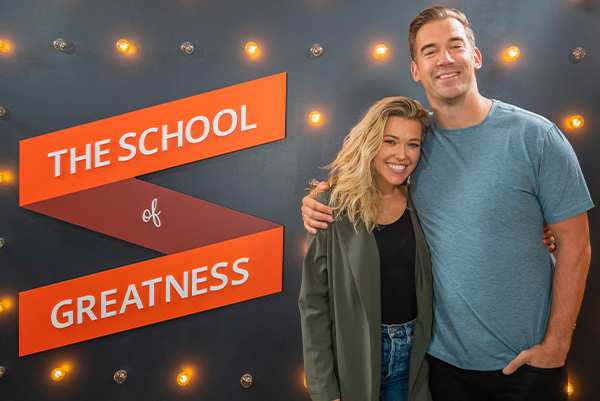 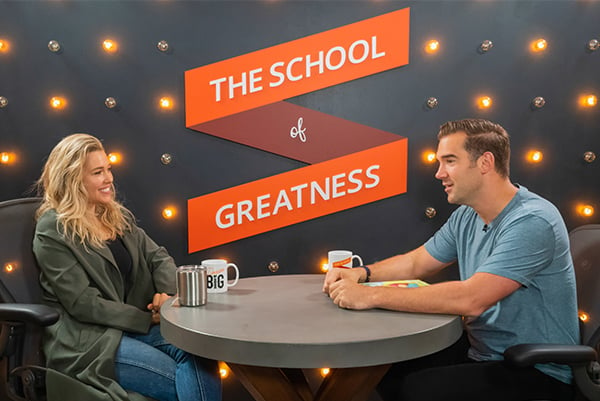 Award Winning Musician Rachel Platten shares her inspirational life story as a testimonial to what’s possible if you go after your dreams. 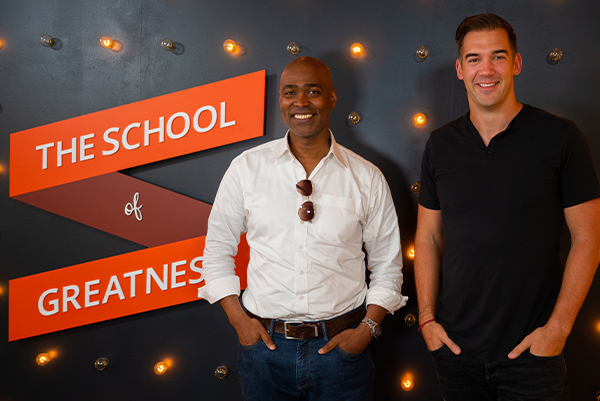 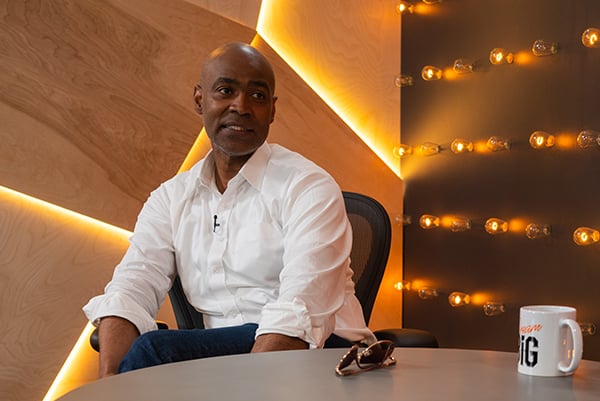 Transformation Coach Ivan Joseph shares how to overcome the opinions of others and build the self-confidence necessary for a greater life.